More than pledges needed for real action on forests | WWF

More than pledges needed for real action on forests 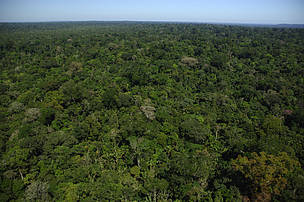 There were welcome announcements – WWF and HP partnership announced an ambitious partnership to help restore, protect and improve the management of forests across the world.

On the political side, Norway committed US$150 million to preserve Gabon’s forests and double the carbon floor price to $10 per tonne from $5 per tonne; the UK government pledged £1.2bn in funding for new efforts to tackle the climate emergency and protect endangered species; World Bank and Germany launched a new global partnership to boost efforts to stop deforestation, restore degraded lands, improve livelihoods and reduce greenhouse gas emissions; and France committed US$100 million for a new initiative to protect the Amazon rainforest.

But there was thin participation from countries that harbor the world’s most important forests. President Bolsonaro, in his speech to the UN General Assembly, didn’t express any concern about the deforestation crisis in Brazil. Representatives from other heavily forested countries such as Russia, Indonesia and Paraguay were missing from the debates. And the new actions emerging are not enough to achieve the transformational change that the IPCC and IPBES reports call for.

Will Baldwin-Cantello, Lead, WWF Global Forest Practice, said:
“Many panels gathered. Many government heads and ministers, civil society leaders and business voices spoke. Some welcome funding announcements were made that demonstrated seriousness on the part of importing countries to tackling threats to forests. But there was little serious new action. In the stark context of our forest crisis, this begs the question, why?

Part of the answer lies on the absence of the decision makers who have the power to change things on the ground. Not only was there a notable lack of involvement of these leaders, but several blatantly disregarded or ignored the impending environmental crisis in their countries. Leaders from Europe spoke strongly, but it is not their forests that are going up in flames. Colombia and Gabon were ambitious, but their deforestation rates are not the highest. Countries like Brazil, Indonesia, Paraguay and many others were absent from the debates.

As we look to the decisions that will be made next year on the post-2020 frameworks, we need to either better involve leaders from high deforestation countries or do more to focus debate and action on demand side measures, to go beyond global forest watch to a global footprint watch. We need new figures on commodity imports, food consumption and waste, as it is the trade and consumption of their countries that European governments have the decision-making power over. There were few to no mentions of tackling demand side and footprint issues, and those that were mentioned related to the laudable but as yet undelivered strategies from France and European Union that lack measurable targets and interventions. More funding on landscape-based interventions is needed but the contradictory market signals and incentives also need to be addressed.

We also need to go beyond pledges and platitudes to real action, and ensure the commitments we’re seeing are indeed resulting in resilient forests. The New York Declaration on Forests Progress Assessment clearly shows us how far targets fall short. Deforestation for commodities continues at a higher pace than when the declaration was signed. The science is clear on how important it is to safeguard forests and restore landscapes. It’s about time that everyone takes responsibility and steps up.”